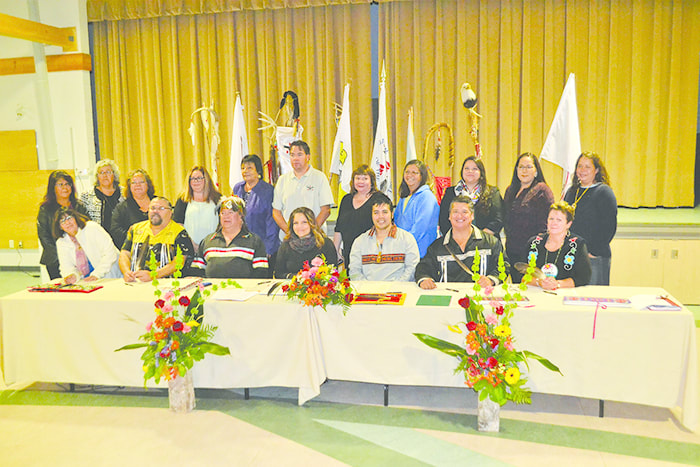 Chiefs of the Mississaugas

The Mississauga Nations revitalization has been discussed for many years. Nothing was official until the six Chiefs gathered at Mississaugas of the New Credit First Nation's Community Centre to sign the relationship Accord.

A logo contest was set up to have one logo that collectively represents the six nations as a whole. The winner of the contest was Mississaugas of the New Credit member, Jesse Johnson.

"The logo was designed to represent each Mississauga First Nation with an eagle feather. A canoe was used because that was the traditional mode of transportation and the water is shown to remind of us our Mother Earth. A spear was used in the logo to show how our ancestors hunted and depended on the animals for food and clothing," says Jesse Johnson. 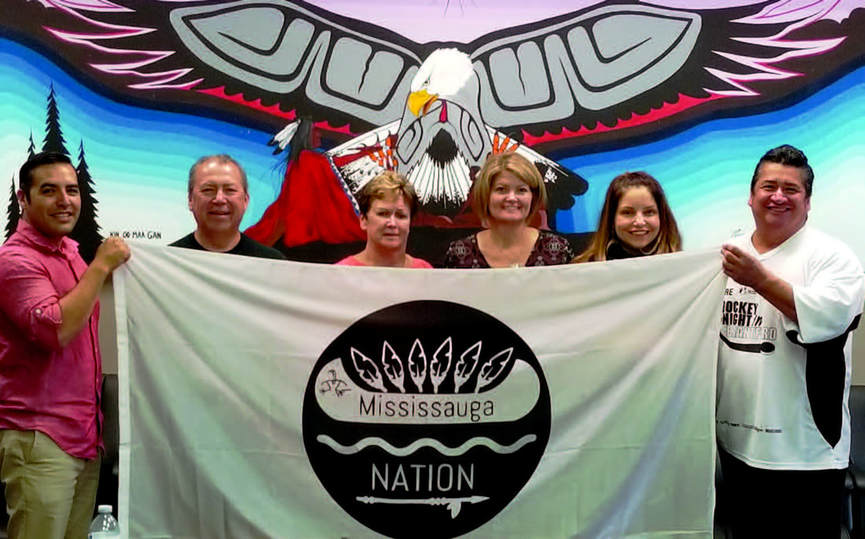 The Mississauga Chief have made a commitment to come together as communities to address problems and identify which will be priority for the nationhood building.  The Mississaugas will work together to address common concerns: Sovereignty, Economy, Education, Culture, and Health.